Beginning with the 2022-23, more states may be added to the list as the National Federation of High School Associations Board of Directors approved state organizations to adopt the clock. A rule mandating a national shot clock was killed.

“We provided the committee with a lot of information regarding the shot clock, including responses to a 46-question survey sent to states currently using a shot clock,” said Theresia Wynns, NFHS director of sports and officials and liaison to the Basketball Rules Committee.

If Oregon goes on to approve a shot clock, the rules state “displaying two timepieces that are connected to a horn that is distinctive from the game-clock horn, and using an alternative timing device, such as a stopwatch at the scorer’s table, for a shot clock malfunction. The guidelines also allow for corrections to the shot clock only during the shot-clock period in which an error occurred and the officials have definite information relative to the mistake or malfunction.”

OSAA, the governing body of high school sports in Oregon is presenting the issue to schools as the first step according to Peter Weber, director.

“We plan to gather initial input from the statewide ADs at their upcoming virtual conference later this month,” said Weber. “We will share that feedback with our Executive Board and determine where the conversation goes from there with member schools and basketball coaches.” 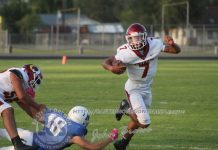 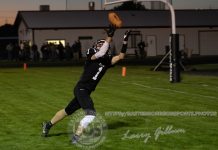 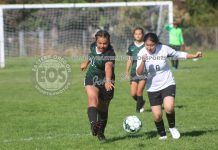