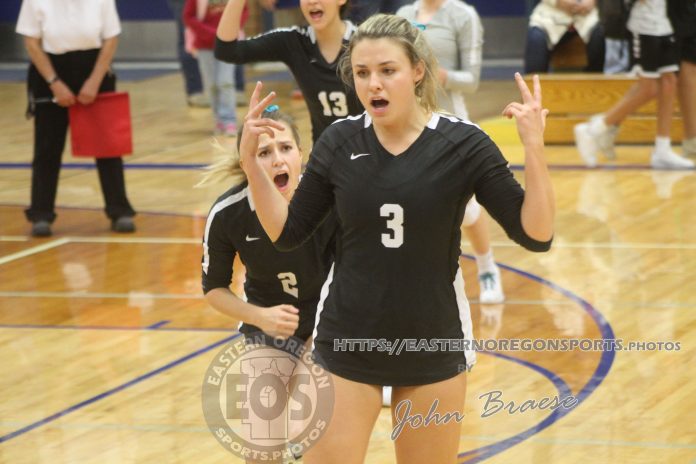 NYSSA – It was a traditional meeting of Vale and Nyssa for a volleyball match. Loud crowds filling the stands. Close scores. Extensive rallies. And in the end, a few tears shed.

The Vikings travelled to Nyssa on Thursday, Oct. 7 for an Eastern Oregon League showdown. Both teams were fighting for the second seed in the upcoming district tournament behind league leading Burns.

There is one story of the Bulldogs’ 0-3 loss to the Vikings on Thursday. The secondary story is that night’s Bulldog seniors have played their whole volleyball career without beating the Viks. Lea Garner, Kiersten Anderson, and Brooklyn Johns have never tasted victory on the court in Nyssa or on the court in Vale when meeting the Vikings as opponents.

Nyssa did not give up easily. Long points ruled the evening. After falling to Vale 21-25 in the first set, the Dawgs forced Vale into extra points in the second, falling eventually 25-27. The third set went to Vale, 25-23.

For Sapp and others on the Bulldog team, there is a next year. For Garner, Anderson and Johns, the memory of high school volleyball losses to Vale will be forgotten by the 20th reunion-trust me.

For Vale, Brogan Payne was a terror from the service line, going 18-for-18 with seven aces.

“Both teams came out with a lot of energy and played well,” said Cleaver. ‘Even when we were behind, we kept going and concentrated on what we had to go.”

“Our communication was great tonight,” McGourty said. “Nyssa is a good team and we played hard in order to beat them.” 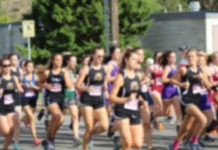 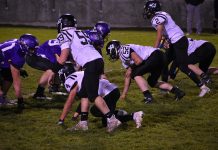