NYSSA – Walking into the Nyssa High School gym, the McLoughlin girls’ basketball team had a perfect season with a 7-0 record. Getting back on the bus for the trip home, the Pioneers were 7-1 after falling to the Lady Bulldogs 29-62 on Friday, June 18.

The game was less than one minute off the clock before Nyssa sophomore Gracie Johnson had the first points on the board for the Bulldogs off a rebound and an easy shot back into the basket. MacHi promptly tied the score at two points off two free throws by Emma Leber.

McLoughlin was able to keep the game within reach in the second, trailing at the half 21-36.

Nyssa put up 20 points in the third while holding the Pioneers to only six points and led comfortably, 56-27 going into the final eight minutes. With the starters on the bench, the Bulldogs cruised to the win. 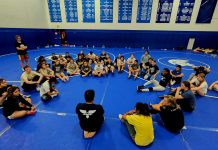 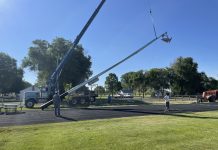