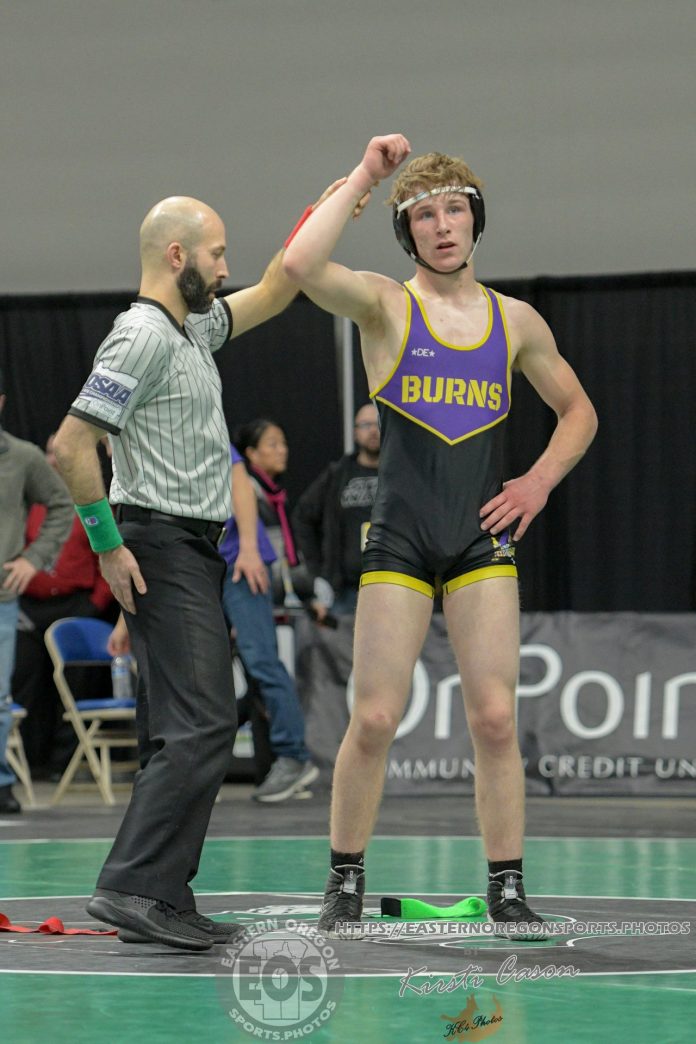 PORTLAND – Propelled by four individual state titles, the Burns wrestling team was crowned the best of the 3A teams on Saturday as the OSAA state wrestling tournament came to a close on Saturday in Portland.

The Hilanders ran away from the rest of the competition, putting up 180 points. Dayton, in second, finished with 144.5 points and Nyssa placed third with 112 points. La Pine cracked the top five in fifth place. Vale placed 16th and Riverside was 20th followed by Irrigon in 22nd.

With the talent and age of the Burns team, the Hilanders should be a favorite for a repeat performance next year.

The Nyssa Bulldogs claimed three individual titles. Senior Elijah Cleaver finished his high school career with a 40-4 mark for the season while fellow senior Adam Simpson posted only a single loss for the year at 43-1. Nyssa junior Bryan Flores was the other state title holder for Nyssa.