ATHENA – The Heppner football team holds down third place in the most recent state rankings. This comes after Friday night’s road win against league opponent, Weston-McEwen, 52-0.

Before discussing the most recent Mustang win, consider the following:

The victory over the TigerScots was, for this year, typical Mustang football. Heppner jumped out early, putting up 29 points in the first half and came out strong in the second half, putting up 21 points in the third quarter while adding a safety in the final quarter.

Heppner quarterback Jayden Wilson finished the night 4-for-9 for 110 yards and three scores. Wilson also carried five times for 23 yards. The bulk of the ground game for the Mustangs came on the shoulders of Blake Wolters, handling the ball 12 times for 76 yards. Wolters found the end zone twice in the win.

Heppner kicker Kannon Wilkins was 4-for-5 on point after touchdowns.

The TigerScots (3-3 overall, 1-2 2A Special District 6) attempt to rebound with a non-league game versus Portland Christian (2-5 overall) on Friday in Athena. 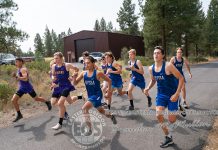 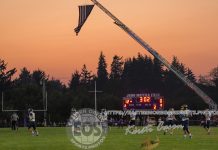