FOUR RIVERS CHARTER SCHOOL – The Four Rivers Falcons opened up the girls basketball season with a convincing 67-28 victory over the Huntington Locomotives on Thursday, December 5 before the home fans.

The Falcons opened up with a 28-2 lead after the first quarter of play and led at the half, 35-9.

The Locomotives came into the game with only five players. Due to a minor injury, Huntington played with only four on the court early in the second quarter for just over a minute.

In the loss, Huntington’s Tylie Garfield accounted for 26 of the Locomotives’ 28 total points. Garfield ended the game with three 2-point buckets, three 3-point field goals and shooting 11-for-13 from the free throw line. Kenzie Noble accounted for the additional score for the Locomotives.

Garfield and the remainder of the Huntington team will take the court looking for their first win on Friday, December 13, taking part in the Harper Tournament.

The Falcons dropped to 1-1 after a 63-23 loss to Ione/Arlington on Friday, December 6 while participating in the Ione Basketball Bonanza. Four Rivers hosts Wilder on Monday, December 6 with a game time of 5 p.m. 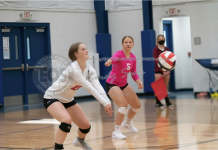 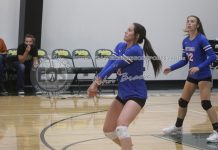 Schedule for Friday, May 28