In this nightmare of high school sports this season, we give kudos to any coach/administrator with any ideas of how to provide our student athletes one extra minute of time on the playing field. The 4A athletic directors worked late nights to create a system similar to the BCS method of naming a champion.

Four great teams-Marist Catholic, Mazama, Marshfield and Gladstone-are now set for two great games. However, the words “state title”, “state champions” and “4A champions” are now being bantered around in numerous articles across the state.

The governing body of Oregon High School athletics, the OSAA, made the decision to return the culminating week of football back to the teams. The 4A league, rightfully so, made the choice to offer teams one more game, one final chance to take to the field.

No matter the outcome of these games, bragging rights will take place. But, in ten years as a new breed of sports writers look to the archives, a state champion will not be found in the OSAA record books for this season. Some may argue this is a travesty as Marist Catholic or Mazama should be crowned as the new title holder. But can one game, chosen by a group without benefit of playoff games and without sanctioning by the governing body, be the answer?

Now here is the point where fans and sportswriters discuss quality of opponents, “easy games”, and “tough” schedules. For this season, athletic directors were ordered to schedule games close to home and avoid long travel. Marist Catholic should not be penalized for falling to 5A Silverton-it was a game that was close and involved limited travel. La Grande should not be penalized for beating 3A Vale and Nyssa-these were games that were close to the Tigers in distance.

If one is to question quality of games versus leagues, look no farther than last year. The defending 4A state champion La Grande Tigers were ranked behind Banks and Mazama before a trip to Hermiston for the playoffs proved different. With the OSAA not providing rankings this season, we look to the 4A Culminating Week rankings where the Tigers sit ninth.

If, for years to come, La Grande is to be downgraded for playing in a hybrid league involving both 4A and 3A teams, it may be time for the Tigers to look at changing leagues. La Grande should not be penalized on the statewide rankings merely for location in eastern Oregon. OSAA devised the hybrid league of 4A/3A to reduce travel costs and allow local fans to attend games-not to penalize the Tigers for playing in a “lesser” league.

In the end, we wish the best to both Marist and Mazama. Hit the field, play hard, make great memories and make the claim as you wish. Formally and by the record books, as all the teams take the field next fall for the first time, they will be looking to unseat the defending 4A state title holders La Grande Tigers. 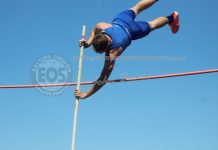 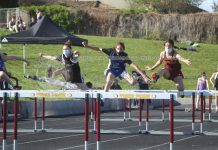 UPDATE – Under the lights at Adrian