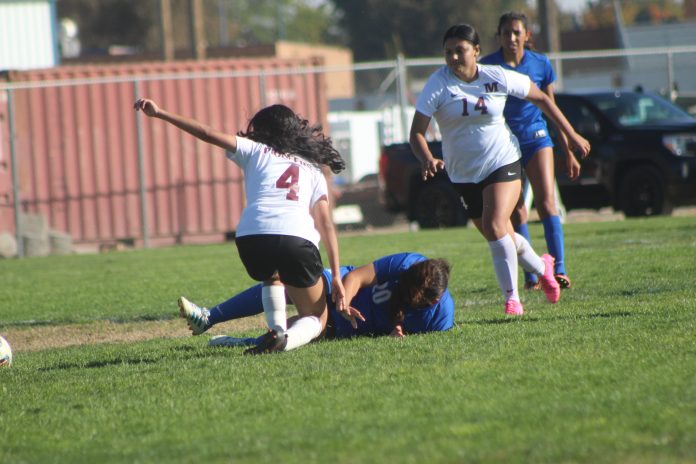 The strength of girls’ soccer in eastern Oregon was evident as the 3A/2A/1A All-State team was announced.

Riverside senior Alleydis Torres led the listing, named to first team as a mid-fielder. A Pirate teammate, junior Crystal Sanchez, found her name on the second team on defense.

The Honorable Mention listing filled up with eastern Oregon players. Continuing with Riverside, junior Julie Magana made the list as a forward and the goal keeper for the Pioneers, senior Ruby Jaimes also found her name. Also for the Pioneers is sophomore forward Rylee Herndon, junior forward Madi Perkins and junior mid-filder Caitlin Barrnhard. Nyssa senior forward Asbel Tellez was the lone Bulldog on the all-state honors,