A number of eastern Oregon senior basketball players gathered for their final time on the court as the Oregon Coaches Athletic Association pitted teams from the east, west, south and north against each other on the court over two days.

The results for the East All-Stars were mixed with a Friday night loss followed by a Saturday victory. As the weekend came to a close, La Grande’s Brady Hutchins picked up the award for Most Valuable Player for the East squad.

Friday evening saw the East fall to the West, 83-101. For the game, the East shot 38 percent, but struggled from the 3-point line, hitting only 26 percent for the game, including firing only 19 percent in the second half.

The results were better on Saturday as the East downed the South, 114-98. The East shot up to 52 percent shooting for the day.

Hutchins started his weekend with nine points and 10 rebounds versus the West, adding 24 points and four rebounds in Saturday’s win over the South.

Heppner’s Joe Sherman had two points in the East loss, but exploded Saturday with 20 points and seven rebounds.

Umatilla’s Ulises Armenta drained a single 3-pointers on Friday while picking up four rebounds. Due to injury, Armenta sat out Saturday’s game.

Also for Umatilla, Oscar Campos grabbed two rebounds in the East loss on Friday. On Saturday, Camps found his first points of the tournament, putting in seven points and added two assists.

Vale’s John Wolfe had 20 points and 11 rebounds for the East loss on Friday. Wolfe added 14 points to his two-day total on Saturday while also picking up two rebounds in the East win.

Heppner’s Kason Cimmiyotti wrapped up his Friday game with six points, but nine rebounds for the East. On Saturday, he put in eight points and grabbed four rebounds. 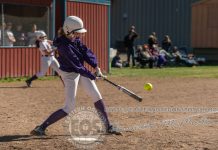 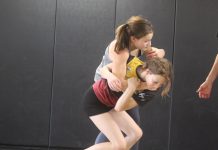