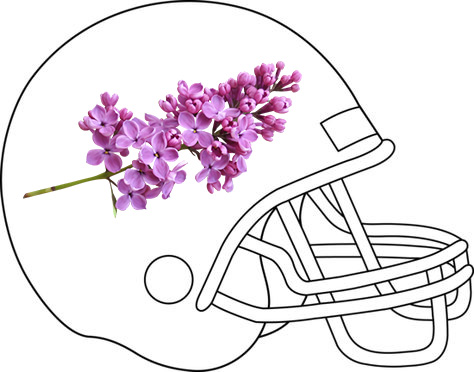 The Civil War between the Ducks and Beavs is no more. Statues of George Washington are desecrated due to his owning slaves over 200 years ago. Sections of Seattle have been partitioned off and now live free of law enforcement and state statutes. While high school sports is still under determination for the upcoming year, thousands are being allowed to loot local businesses in the name of equality.

Political correctness is now upon us.

In past years, high schools have received tremendous pressure to change the names of mascots, usually due to Native American references. Just recently, the Boise Braves went to the Boise Brave. With the new political climate and to alleviate problems, we at easternoregonsports.com have devised a system where no one feels shamed, downtrodden, or has any historical significance for which an apology is due.

We respectfully submit all high school mascots immediately change their mascots to flowers. Flowers are pretty, acceptable to all and with the exception of the dreaded dandelion in your yard, loved by the majority of the population. We feel high schools carrying the names of flowers will alleviate further discussions in crowded school board meetings with irate alumni in attendance.

Why would we propose such an thought? To show the general public that any ridiculous idea can hold public merit if presented in the right words.

Consider the following-we will go with just the schools closest to our office location, but with the proper amount of political correct writing, the following would be true for any team in eastern Oregon.

Adrian Antelopes – The mascot Antelope inhabits the same habitat as the endangered Sage grouse. Undoubtedly, an antelope has wandered through a lek, disturbing or perhaps killing a Sage grouse chick. Therefore, to support the Antelope as the Adrian mascot translates to the support of killing baby Sage grouse.

Harper Hornets – In 2013, 41 people died and more than 1,600 were injured in Shaanxi, China as a result of “murder hornets”. To support the Hornet as the Harper mascot translates to the support of the death of Chinese families.

Huntington Locomotives – Rail transportation emits about 0.2 pounds of greenhouse gasses per passenger mile. To support the Locomotives as the Huntington mascot translates to the support of global warming.

Jordan Valley Mustangs – According to the federal government, wild horses are considered to be a pest animal due to damage to the environment. This damage includes soil erosion and destruction of native plants. To support the Mustangs as the Jordan Valley mascot translates to being an opponent of native flowers and fauna.

Four Rivers Falcons – There exists substantiated reports of falcons swooping in and carrying off family dogs and cats. To support the Falcons as the Four Rivers mascot translates to the support of Spot and Fluffy meeting a horrific death.

Nyssa Bulldogs – The bulldog possesses a bite force of 305 pounds and according to one study, ranks second as the dog most likely to bite a human. According to the Center for Disease Control, 4.5 million persons receive a dog bite each year and 800,000 of those bites require hospitalization. To support the Bulldog as the Nyssa mascot translates to supporting the higher cost of hospitals. If 800,000 people did not make the visit, costs would decrease.

Vale Vikings – Where to start on this one? Vikings represented Scandinavian life from the 8th through the 11th century. Some of their highlights were the “Blood Eagle” (look this one up, this is a family article), throwing enemies in snake pits, the use of berserkers (magically induced soldiers) and the murder of all children in a village led by Freydis Eiriksdottir (Erik the Red’s sister). To support the Viking as the Vale mascot translates you being a pretty brutal human being.

Ontario Tigers – The Tiger is carnivore and typically does not partake of any type of vegetation in their diet. The use of the Tiger by Ontario can be construed as a personal attack on both vegetarians and vegans and in addition, no one enjoys seeing that baby gazelle ran down and turned into dinner.

There you have it-every mascot in Malheur County is offensive to someone. Flower mascots are the answer. 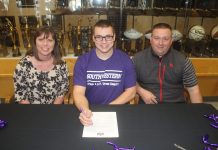