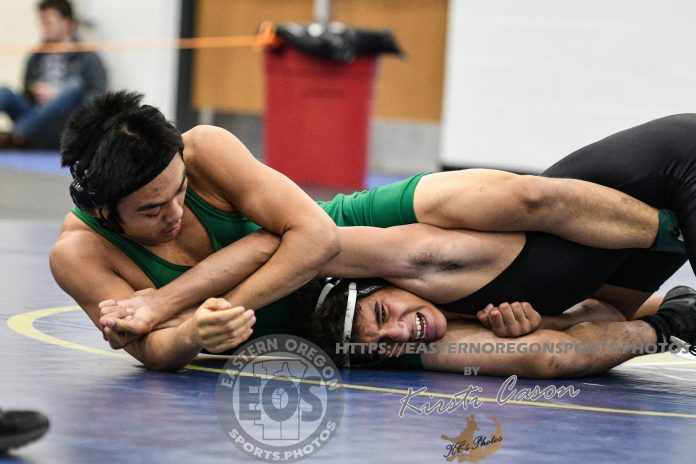 MILTON-FREEWATER – There may not have been a gift exchange or caroling, but ten regional teams gathered at McLoughlin High School for the Mac-Hi Xmas Tourney on Saturday, December 21.

In a close race for the team title, Southridge finally pulled out the title, amassing 174 points. Second place Riverside finished the tournament with 126 points followed by Kamiaki at 105 points. Irrigon, just one point behind at 104 points, finished fourth and just one-half point behind the Knights, the combined team of Heppner and Ione was fifth at 103.5 points. Host McLoughlin was sixth with 102 points.

Irrigon found points as junior Asher Hall took the title at 113 pounds after a pin over Heppner/Ione sophomore Roen Waite. At 195 pounds, Irrigon senior maintained his perfect season, taking a7-5 decision over Southridge’s Trevor Hoopes in the first place match.

The combined team of Heppner and Ione also found successes as freshman Saul Lopez was the victor in the first place match over College Place junior Kole Stubblefield by pin in the 132-pound class. In the battle for the title at 160 pounds, the match was Mustang versus Mustang, sophomore versus sophomore. In the end, Jace Coe took a 4-3 victory over teammate Conor Brosnan. 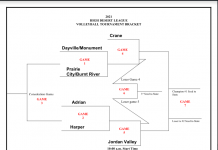 Schedule for Thursday, May 20